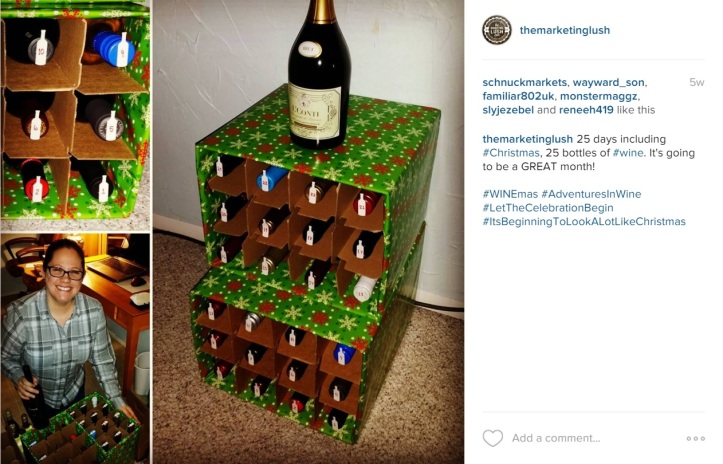 During the month of December 2015, my wine partners-in-crime and I consumed (nearly) 25 bottles of wine… one for each day leading up to, and including, Christmas. Like a good wine enthusiast, I chronicled the journey on The Marketing Lush’s new Instagram account.

Lesson learned: even with two to three people drinking, a bottle of wine a day is hard work. I know you are thinking, “Pssh, I could handle it, you light-weight,” and maybe you could, but heed my advice: it’s harder than it looks.

For those that aren’t Instagram-inclined, or simply want to see the best of my results, here’s a recap of the wines to which I gave the highest rating, a.k.a. “I would buy it again”. (See The Marketing Lush Rating System at the end of this post for more info.)

HIGHEST RATED WINES OF THE 25 DAYS OF WINEMAS 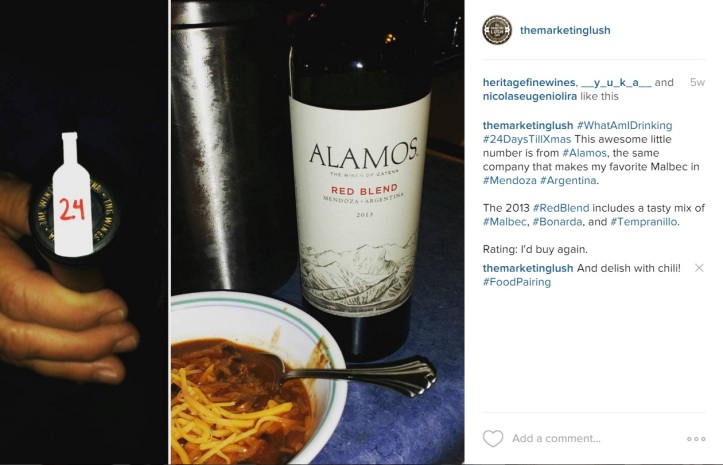 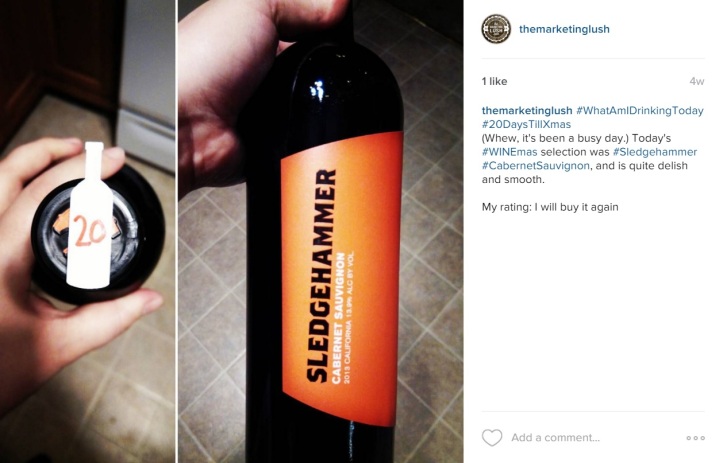 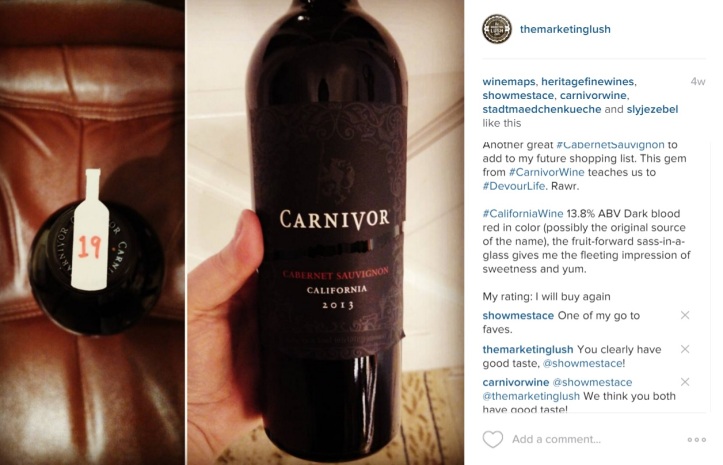 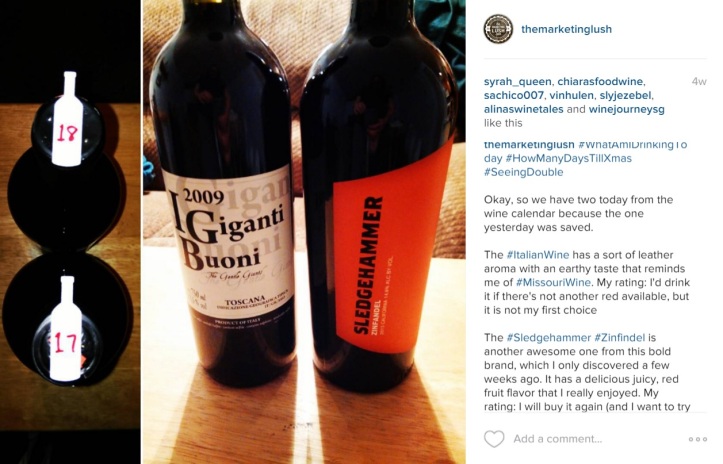 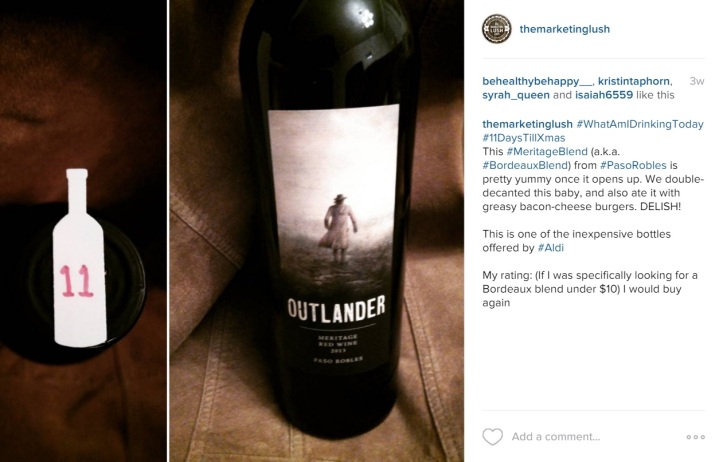 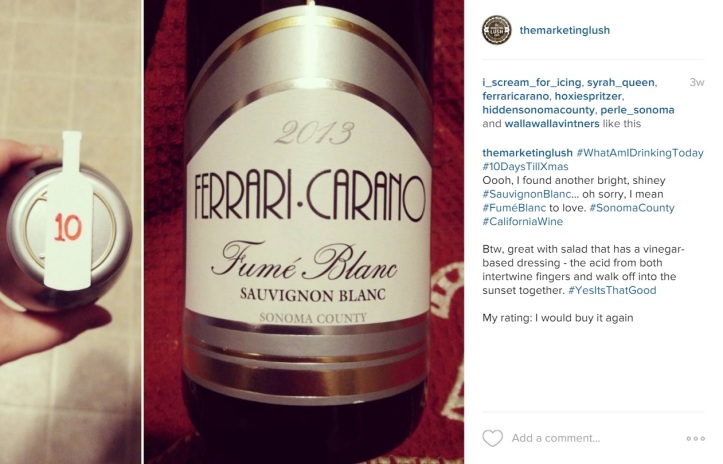 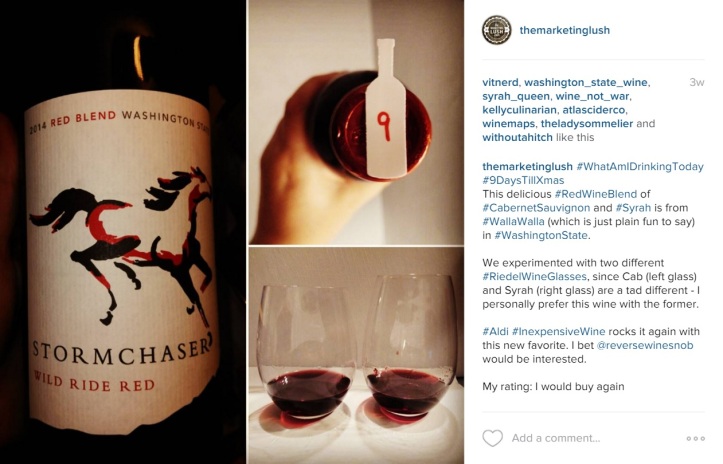 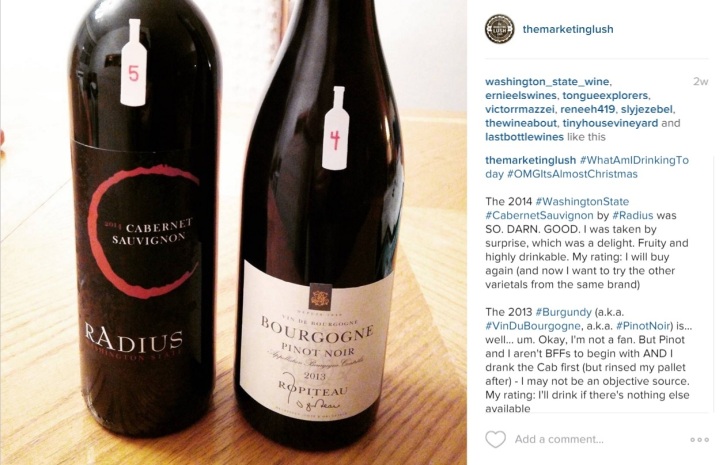 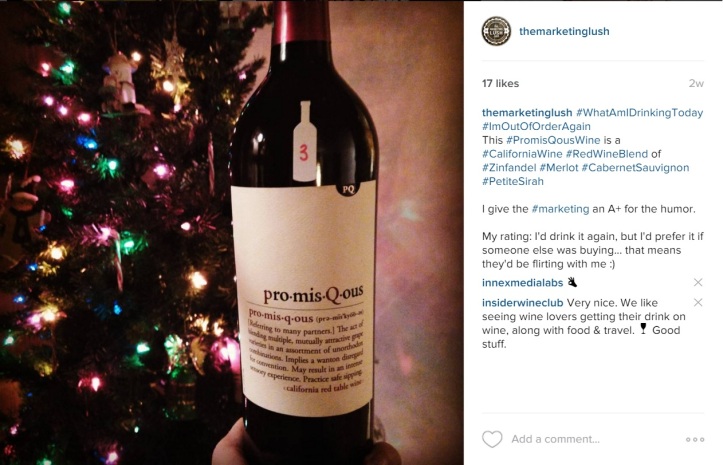 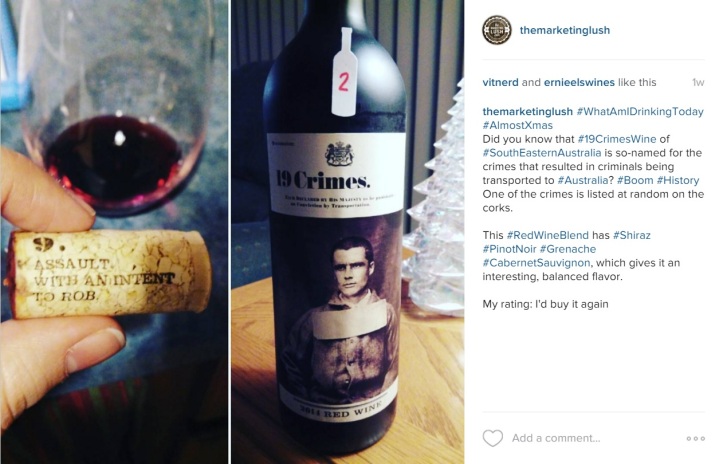 THE MARKETING LUSH RATING SYSTEM
I would buy it again. – This is (currently) the highest rating, and means that I liked it so much that I would spend my hard earned cash and purchase this option above others. All of the wines in this post received this rating from me.

I’ll drink it if you buy it. – This means that the beverage was decent, but it didn’t dazzle me. But hey, if you are opening a bottle anyway, you can go ahead and pour some for me, too.

No, thanks. – Seriously, what is this??! I don’t think humans are supposed to drink it. The only thing I might use this for is a spit-take, and only if I have a chaser nearby.  Luckily, none of the WINEmas wines received this rating from me.

I hope you enjoyed this foray into tasty wines and #SoManyHashtags. Take the opportunity to try a few yourself soon. Cheers!