8 Wines to Pair with a Harry Potter Movie Marathon

As a wine and fantasy nerd, crossovers are bound to happen.

This particular meshing involves pairing delicious wines with each movie in the epic Harry Potter series, generally by way of the title or a specific scene.

The eight movies have a total run length of just under 20 hours, so spreading your wine and movie marathon over a long weekend (or several) might be a good idea… or you could knock it all out in one exceptionally long day with some friends.  But only if you solemnly swear that you are up to no good.

Pair the first movie with a Chateau Ste. Michelle Dry Riesling from Columbia Valley Washington State (USA).  The minerality of this wine connects to the stone from the title.  Also, among the Sorcerer’s Stone’s astonishing powers is immortality… which may not be that far from the suggested health benefits of drinking wine.  I’m just saying.

Movie 2: Harry Potter and the Chamber of Secrets 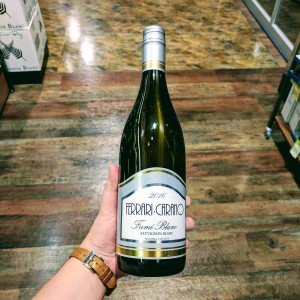 The Basilisk from this movie is a deadly snake, both in its glance and its venom.  While the Ferrari-Carano Fumé Blanc Sauvignon Blanc from Sonoma County California (USA) is thankfully not deadly, it’s acidity does pack a powerful bite.

Movie 3: Harry Potter and the Prisoner of Azkaban

The 19 Crimes red wine blend from South Eastern Australia is a clever pairing with the story of Sirius Black’s escape from Azkaban.  Printed on each cork is one of the 19 Crimes that would get a British citizen exiled to the penal colony of Australia in the 18th and 19th centuries.  Plus, it may feel a bit like dementors are nearby when you realize the bottle is empty.

Movie 4: Harry Potter and the Goblet of Fire

When I think about fire and wine, my thoughts immediately gravitate towards spicy Spanish wines, like this Latitud42 Rioja Reserva (Tempranillo) from Rioja (Spain).  Also, let’s all think for a moment about how much more fun it would have been for the four champions to have to drink the entire goblet of fire’s worth of wine together and THEN try to compete in the tasks.  #Amirite  “Looks like Cedric Diggory of Hufflepuff house is taking a leak on the dragons tail.  Meanwhile, Fleur Delacour from Beauxbatons Academy lost her footing and then promptly laid down to take a nap.  Durmstrang Institute’s Viktor Krum appears to be crushing empty butter beer cans against his head with no signs of stopping.  Harry Potter of Gryffindor house is nowhere to be seen but… wait, we can hear him yelling something.  It sounded a bit like, ‘Accio Rubbish Bin!'”

Movie 5: Harry Potter and the Order of the Phoenix

This Federalist Zinfandel from Dry Creek Valley Sonoma County California (USA) is a whopping 15.5% ABV (that’s quite high, folks).  Frankly, it is the perfect wine to get tipsy and then ugly cry at the end when Sirius Black dies.  And lest we forget Dolores Umbridge tried to use Veritaserum during interrogation to get Harry to spill the beans – she probably should have just used wine, the ultimate truth serum! 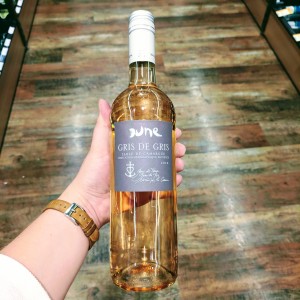 Dune’s Gris de Gris Rosé (Grenache) wine from the South of France is sort of like a half-blood wine – made with red grapes using white winemaking practices.  As an interesting side note, the name of the wine literally translates to ‘gray of gray’, which perfectly describes that awful potion in the movie that covered the fake Horcrux locket, which Dumbledore drank / was force-fed.  #Eww

Finally, something to celebrate: Bill and Fleur are getting married!  Let’s toast to their happiness with this bubbly Veuve Clicquot Brut Champagne from Champagne (France).  Because in this movie there’s not much else to be happy about.  I mean for Fawkes sake, they kill Hedwig, Moody, and Dobby.  I… I’m not crying.  YOU’RE crying.

The final wine and the final battle.  This tasty Ravenswood Limited Release Besieged red blend of old vine California heritage varietals from Sonoma County California (USA) perfectly describes the situation at the Battle of Hogwarts.  Incredibly, our heros are triumphant and end the Second Wizarding War… but suffer MAJOR losses.  I can’t even name them, because it’s still painful for so many.  After all this time?

I hope you enjoyed this pairing.  I’d love to hear from you in the comments – especially if you have different wine suggestions for the movies, or if you decide to hold this wine and movie marathon.  In fact, please post while you’re in the middle of it for added hilarity.

Note: In a couple of the above pairing explanations I suggest that some of the characters should have been drinking.  However, in the real world I don’t condone irresponsible underage drinking nor recommend overindulging.  Boom.  Mischief managed!